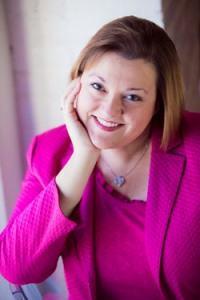 Karen Gingerich is the Operations Supervisor for Just Marry!, Inc. and its sister companies, Just Mitzvah! and Just Right! Destination Management. She has also been a freelance editor and writer for more than fifteen years, and co-authored The Susan Southerland Secret: Personality Marketing to Today’s Bride with entrepreneur Susan Southerland. When she isn’t managing three big event companies, Karen writes young adult fiction novels under the pen name Raine Thomas.

I’m going to go out on a limb here and assume that most people reading that subject line at least did a double-take. Many others (if you’re like me) may have issued a response resembling, “Huh?” For those of you in my boat, please allow me to explain.

Clear as mud? Good. *dusts off hands* My work here is done.

Okay, fine. You know I have a point outside of making us all feel like dinosaurs. Here’s the thing: more and more people are communicating in the shorthand that is text-speak…and with that comes notable consequences.

Susan and I were chatting not so long ago, and she mentioned that she read an interesting blog article. Upon reading the comments section of the blog, she was appalled by the atrocious writing habits by a large number of those commenting. Her point made me nod, as I’ve observed the same thing.

We asked each other whether we’re the oddballs who are actually concerned about effective writing skills in this day and age. Is it really too much to ask that people learn how to string together a coherent sentence?

Never mind grammatical elements like subjective-verb agreement and dangling participles that make most students’ brains explode. How about basic mechanics like spelling and punctuation?

In the process of conducting interviews with successful entrepreneurs for our upcoming book, Susan and I discovered that we’re actually not alone. Hooray! In fact, the majority of the entrepreneurs we’ve interviewed so far cited strong writing as 1) the best thing they took away from college, and 2) the one skill that has brought them the most success throughout their careers.

But if you think about it, this makes perfect sense. Who wants the CEO of their company writing sentences like, “Brk time–Jst chilln wit my gurl!!!!!” (If you’re wondering, I borrowed this verbatim from a Facebook entry by a young adult I know). And who wants a human resources professional or accounting team member who doesn’t understand punctuation? There’s a big difference when 5000000 is written 50,000.00 and when it’s written 5,000,000.

So the real question is whether people today who have been raised with cell phones within arm’s reach will forever change the way we communicate, or whether they’ll buckle down and learn the mechanics of writing. I, for one, hope it’s the latter. I’d love your feedback on this topic, so don’t be shy with the comments!