Networking. For some people, this skill—and yes, it is a skill—comes naturally. For others, having to network compares to having a root canal followed by a meal with the in-laws.

I’ll admit that I fall into the latter category. Networking has never been my favorite part of being a small business owner, but I’ve learned a few tricks over the years that have helped me maximize my time spent on this “necessary evil.” I’m happy to share these tips with others who might be like me.

First, I’ll mention that networking is a two-way street. I’ve encountered this myself often enough that I can attest to it. Wedding planners are frequently approached by vendors of other services asking that the planners recommend them, but the favor isn’t often returned. As with every business, planners are more likely to recommend quality vendors who send business their way than those who don’t. This is the nature of networking! 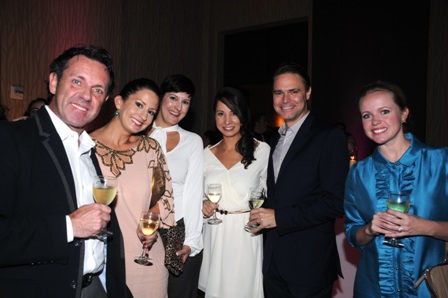 A few of our business associates and friends, networking at our recent company 20th anniversary party. Photo credit: Rhodes Studios

That said, let’s move on to some tips to maximize your networking time: